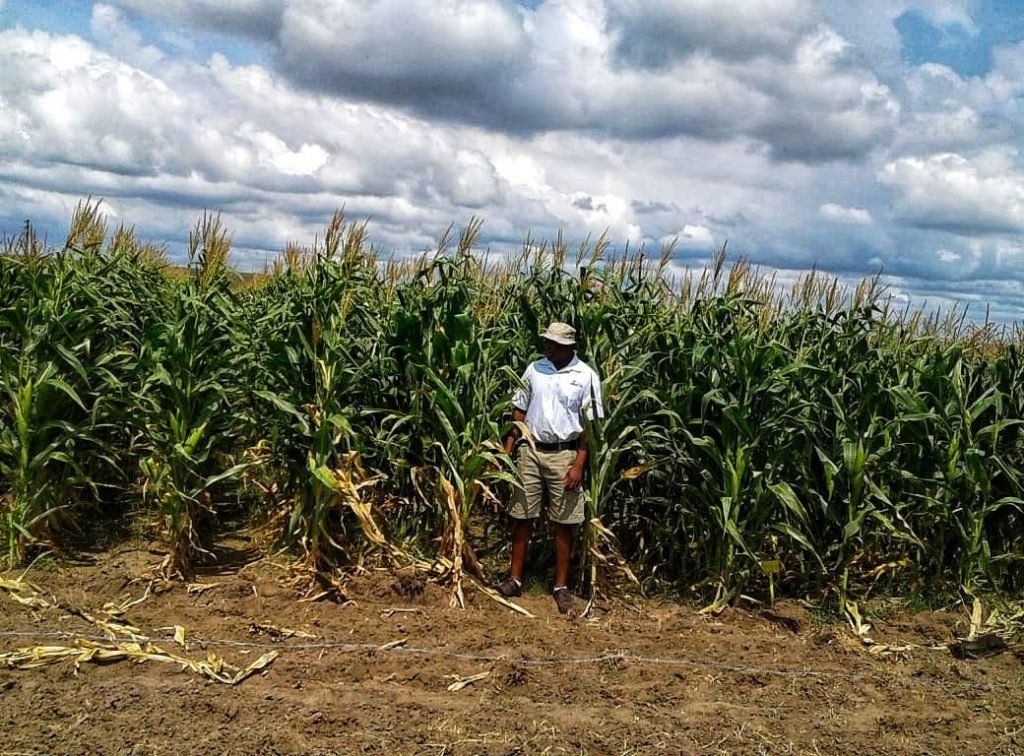 Smallholder farmers are a growing force in the agricultural industry, despite lacking access to key and critical resources – as the demand for food demand is expected to double by 2050 when South African agriculture will have to provide food security for about 73 million people (according to WWF-SA).

FarmSol agricultural extension officers, Barry Nel in the Free State province and Karabo Puswe in Mpumalanga, believe that smallholder farmers have great potential to contribute and grow the agricultural sector in South Africa.

However, most smallholder farmers cannot fully benefit from current yield gains offered by modern production inputs due to lack of training, degraded soils and a lack of comprehensive funding among others; and this in return increase high cost of production without an increase in yield.

But with boots in the fields in their respective regions, FarmSol extension specialists continue to do their best to help smallholders to grow. In the Free State, agricultural extension specialist, Barry Nel who has over 40 years’ experience in the industry mentors 34 farmers in the region.

“My priority is to get farmers profitable. Developing farmers in the country are facing a big challenge of finance because they don’t own the land they farm on. That is a huge challenge if you don’t have money or access to capital,” he emphasized.

“There are various factors contributing to the difference in cost of production to produce 1 ton of grain for instance between an established commercial farmers and smallholder farmers in South Africa. As, FarmSol, our aim amongst others is to narrow this gap through to help transform rural areas into vibrant economies and create jobs,” Kole explains.

In the province of Mpumalanga, Karabo Puswe, an agricultural extension specialist says he would like to see a better season and year for farmers.

Puswe is also upbeat about FarmSol’s soil correction programme which focuses on preparing land before a farmer can start planting crops. He believes, with improved mechanisation and production support, smallholder farmers in the FarmSol programme can become critical players in local food production.

FarmSol partners with South African Breweries to support smallholder grain farmers across eight
provinces in South Africa. Aron Kole, managing director of FarmSol, spoke to Glenneis Kriel
about his company’s history and aims, as well as his personal journey in agriculture. Read more…

Smallholder farmers are a growing force in the agricultural industry, despite lacking access to key and critical resources – as the demand for food demand is expected to double by 2050 when South African agriculture will have to provide food security for about 73 million people (according to WWF-SA).
Read more….

At Farmsol, we add value in various ways beyond direct contribution to the economy. Amongst others, we support farmers with mentorship, unlock access to funding and enable smallholders to find a route to market for their produce. Read more…